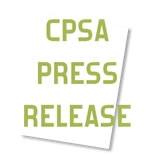 The Concrete Pipeline Systems Association (CPSA) is aware of a carbon footprint comparison study between UK traditional manhole systems and a new manhole system imported from abroad. Dutch manufacturers, Kiljstra, have referred to the study findings in a number of adverts and made several claims based on that comparison. CPSA believes that the results of the study were significantly affected by incorrect information and assumptions. A number of discrepancies were identified – these are detailed here